A short while ago I was contacted by a good friend whom on hearing of my appointment as a brand ambassador for Swarovski Optic had decided it was time to do something about the sad state of his own, very dear binoculars. He sent me some pictures and told me the story of his SLC 8X30 Swarovski Optic binoculars which he bought 16 years ago and which have been a constant companion on all of his incredible adventures. Adam asked if there was anyone he could talk to about getting them repaired, as he finally had a short break in his adventures to allow him time to be away from his binoculars.

I called Peter Antoniou at Swarovski Optic. Peter, like all of the staff I have met at Swarovski Optic, is passionate about the brand and in particular on, the after sales services. On hearing the story Peter introduced me to his counterpart in Europe, who covers Africa and so the journey of Adam Bannister’s SLC 8X30 binoculars began. 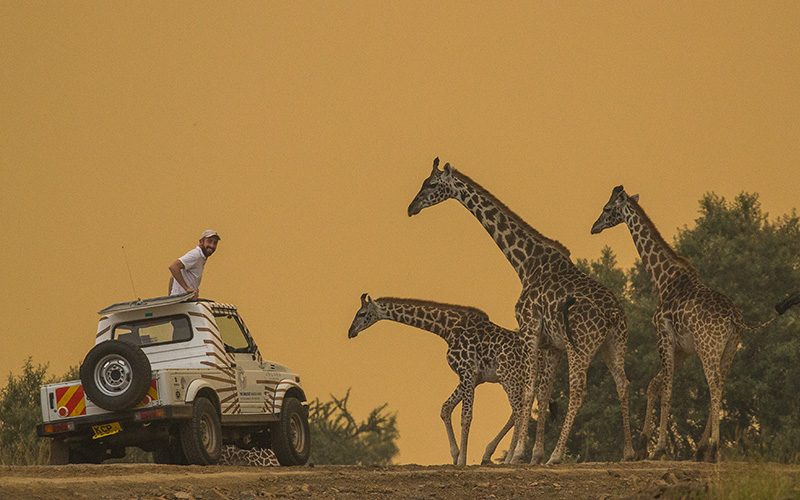 If you’ve been on safari in the Mara triangle in the last 3 years then the chances are you’ve come across Adam in his little white Suzuki jeep at one or more of your sightings, as the head of photography at the ultra-luxurious, Angama Mara. Adam can often be found out on the open plains, more often than not with his trusty binoculars around his neck. They have travelled with him throughout the world from his childhood in Sabi Sands to the plains of the Masai Mara, their current home. Everywhere Adam goes, every adventure he plans, every flight he takes and every road trip he begins the first thing he packs is his now well worn, but priceless Swarovskis. 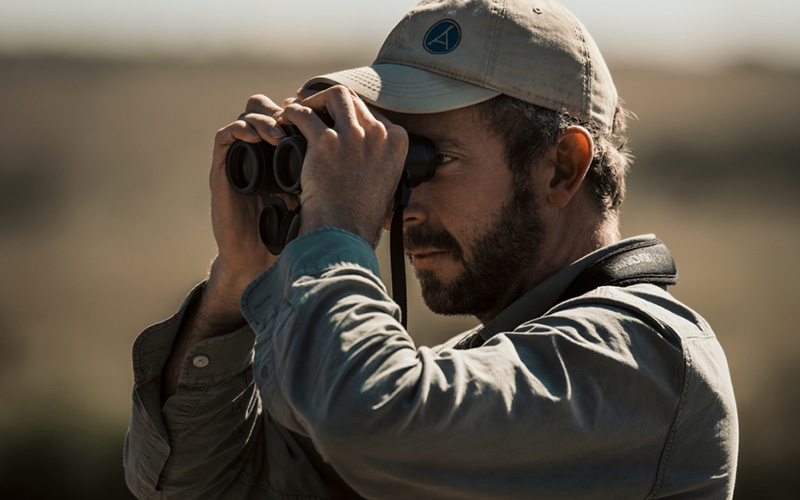 Throughout his travels the hard body casing has sustained damage in the hard environments of volunteering in the Ecuadorian Rainforest, studying the lions of Londolozi, in the Kruger Park, working with jaguars in the Pantanal Brazil, leopard tracking in southern Rajasthan, helping to reintroduce lion into the Akagera National Park in eastern Rwanda and working in the Manu National Park in Peru. Adam lost one precious eye-cap back in India whilst crawling through a cave to install a camera trap to track leopard and the other in Peru when he was wading through a swampy area tracking a Tapir. 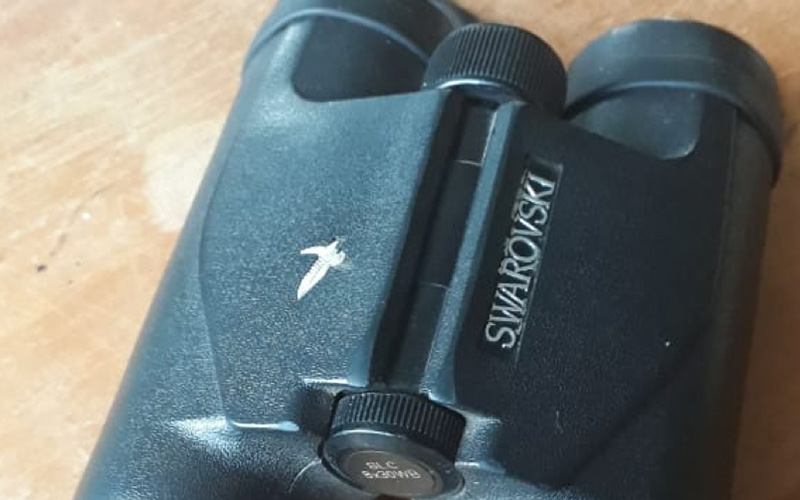 All these years later, Peter Antinou and his team are now working their magic on restoring Adam’s faithful Swarovski SLC 8X30 back to their original glory to roam the plains of Africa for a further 18 years…